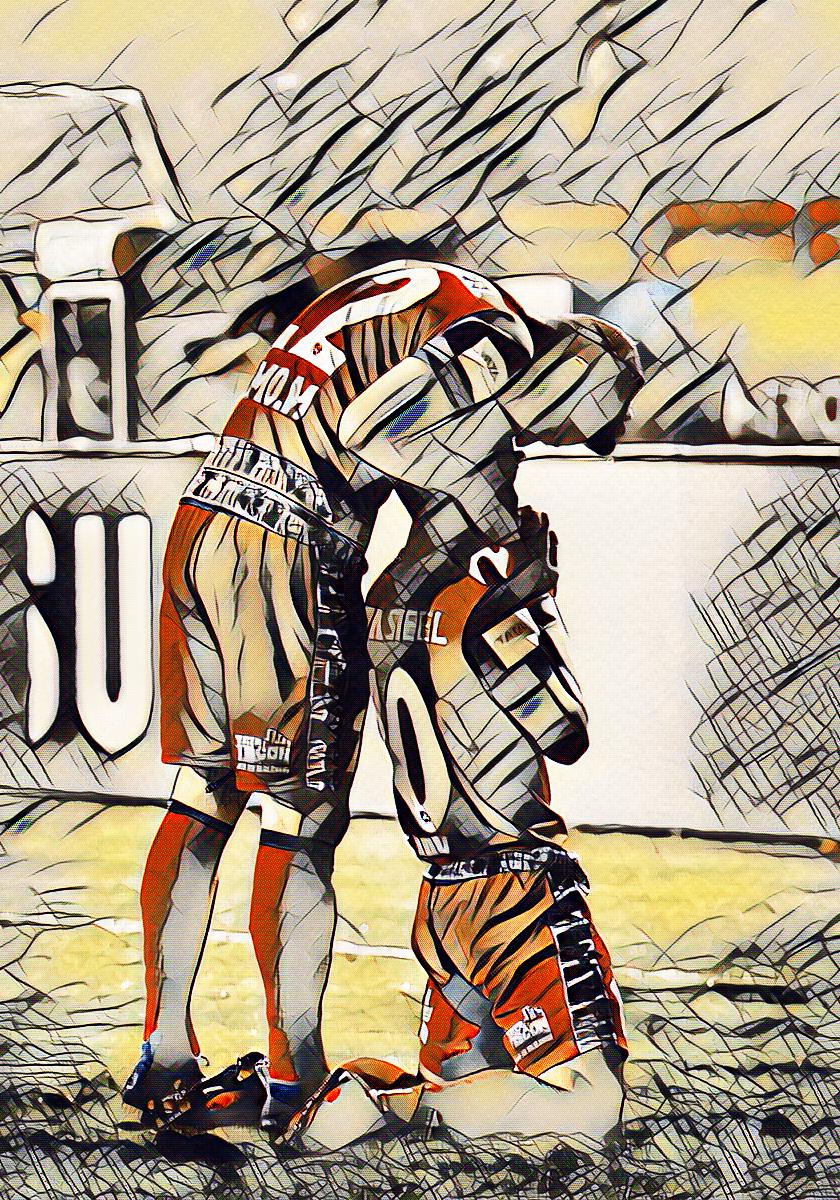 Jerry Mawihmingthanga broke the record for the fastest goal in the ISL’s history last night as he scored within half a minute. TWENTY-TWO seconds was all it took the in-form Jamshedpur player to break the deadlock against Kerala Blasters last night in a game that ended 2-1 to the home side. Steve Coppell’s side halted Kerala’s good run of form and also got rid of the ‘home game hoodoo’ which had been lingering over Jamshedpur since the start of the season.

Wellington Priori was brought straight into the XI for Jamshedpur which surprised me a little bit due to the fact that Goncalves, who he replaced, scored their goal against Mumbai last time out; Biswas and Ruju were also brought in as Coppell looked to freshen things up. David James messed up for me. Why he left out Chowdhury I have no idea because he has been playing really well recently and Rachubka tends to be something of a liability. He also took Jackichand out the side which I can understand more so because Kerala had a game only three days previous to this one, but the Chowdhury thing fried my mind.

Jamshedpur started the game kicking from right to left and they got off to the best possible start as Jerry latched on to Biswas’ through ball and put it past Rachubka who sold himself out by rushing off his line. It was all about the first touch from Jerry as it was that which set up him brilliantly just to roll the ball in the back of the net. What a start. Coppell did that typical manager thing of staying really blank-faced when the camera panned to him but I can imagine deep down, he was elated.

The clinical Iain Hume was prevented from adding to his impressive recent tally only by a defender on the line as he rose highest from a corner and headed past the keeper. If that had gone in, we really would have had a game on our hands. As it goes, Jamshedpur ended up doubling their lead as opposed to Kerala evening the game up as Biswas went from provider to goalscorer with just over half an hour on the clock.

Kerala’s normally rock-solid centre-half pairing of Brown and Jhingan were all over the place as a game of football pinball spontaneously broke out in the box. After Kerala had failed to clear their lines, Biswas did enough to fashion an opening and put it in the corner past the hapless Rachubka who was that shell-shocked that he just stood and watched as this one went in. Play the game Paul, at least dive or something.

That was the first half over and done with and I’ve got to be honest, there’s not a lot to talk about in the second half. Hume lost his rag a couple of times and should have perhaps seen red for his kick but that aside, not a lot went on as Jamshedpur shut up shop as they were clearly satisfied with the two-goal advantage. Rightly so. Hume was eventually taken off by James and replaced by Sifneos, good job really because if he was left on for much longer he might’ve blown a fuse and got sent off which would be disastrous for Kerala.

Sifneos showed his worth to James when he got nothing more than a consolation goal in second-half stoppage time as he bravely headed home after some uncharacteristic defending from Jamshedpur saw Bikey get beat in the air and Sifneos win the second ball and ultimately head past Subrata in the Jamshedpur goal. Nevertheless, the final whistle went not too long after the goal as the ‘Men Of Steel’ got three points for the first time at home.

Jamshedpur leapfrog ATK to move up to seventh in the table and only a point behind Kerala. The thing that will impress Coppell the most is that there are now only three points off the playoff spots, although, Goa do have a game in hand. The thing that I enjoyed most about this win for Jamshedpur is that Coppell vs James, the battle of the two English managers was won by the one playing 4-4-2. Old school.