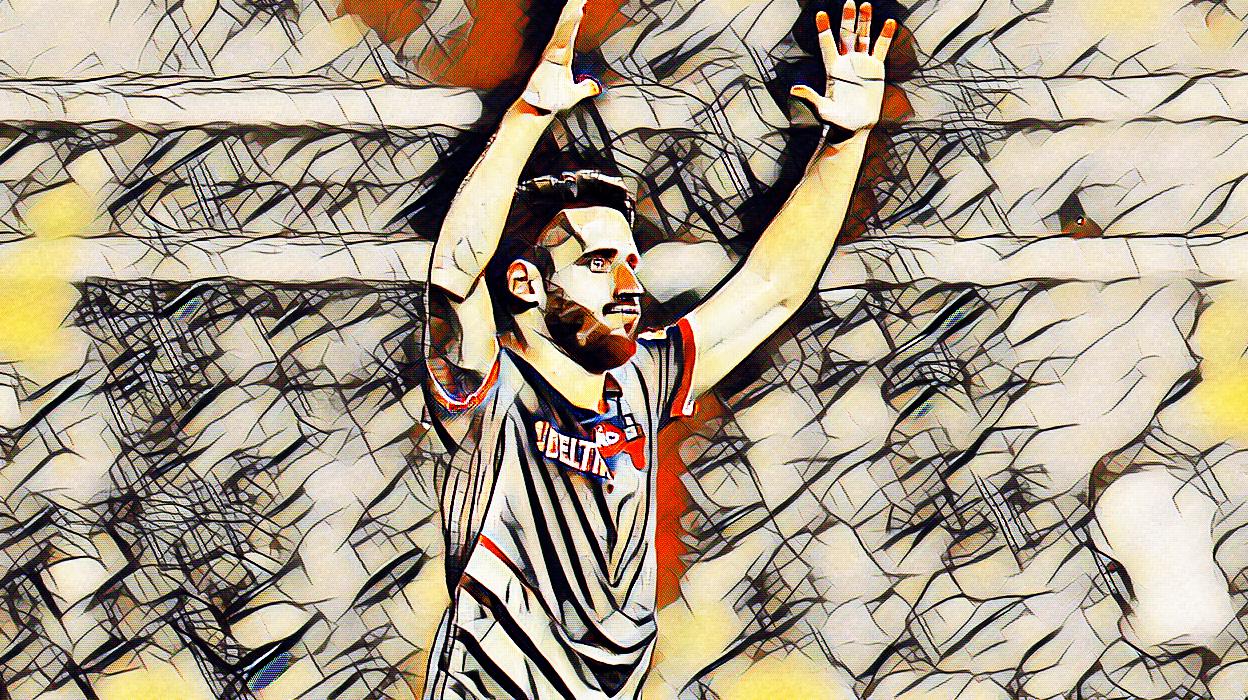 Coro is the name on the lips of every ISL fan at the moment after he made it two hattricks in two games with a seven-minute hattrick in Goa’s game against Kerala over the weekend. Now the whole point of these profiles is to educate those of you that are reading regarding the individuals in question but make no mistake, I learn the same as you, if not more. So Ferran Corominas is better known as Coro and that is what we will be calling him throughout this. So, please keep your arms and legs inside the vehicle at all times as we go on a journey through Spain and Cyprus which ends in India, it’s gonna get emotional.

So, King Coro as he’s known (by me), has really hit the ground running for FC Goa as he’s scored seven in the opening four games to put him out in front in the top goalscorer charts. In fact, he’s done that well that he’s already eclipsed his last two league campaigns put together which were for Mallorca and Doxa Katokoplas respectively, but they can wait their turn as we go all the way back to Espanyol which is where it all began.

I’d normally start right from the beginning which is where he played for Espanyol B, but, I can only find stats on Wikipedia which is about as reliable as Gareth Southgate taking a penalty in 1996. I’ll give you what it says but I’m not delving into it; he scored 35 in 105 games over the course of three seasons with Espanyol B, giving him a rather aesthetically pleasing 1 in 3 record. Since he got promoted to Espanyol’s first team it has not been all that good as his La Liga record over six seasons, where he has played 20 games or more, is fourteen goals scored in 162 games. La Liga seemingly a step too far. Let’s dig deeper.

His first season in La Liga, where he played a grand total of fifty minutes, isn’t really worth talking about as he spent a large part of the season in the Segunda Division B as Espanyol’s first team stayed in La Liga by the skin of their teeth so we’ll jump right into the 04/05 season where Coro had his break. When I say he had his break, I mean he made 25 appearances and nineteen of those came from the subs bench as Espanyol actually did quite well in La Liga, meaning he never really got a look in. In one of the six he started, he was taken off after only twenty-five minutes and then Espanyol duly equalised seven minutes later, so the writing was on the wall in that season. At least he scored, this time around. It was against already relegated Numancia, but it was his first goal for the first team, so certainly a date to remember.

Improvement again the following year as he scored three goals in La Liga and even notched on Espanyol’s successful Copa del Rey run which saw them win the tournament. There’s a big thing in England about teams not taking the cup seriously as their league status is so important to them and after looking over this, I think Espanyol might be the example that they cite. Coro himself got two of his three goals before Spain’s winter break against Bilbao and Valencia, respectively; his goal against Bilbao was a stoppage-time equaliser which proved much more important than anyone could have thought at the time, but we’ll come to that in a bit. The one against Valencia was nothing more than a consolation in a dismal 3-1 home defeat, but even still, it had meant that he had doubled his tally from the previous season and we hadn’t even hit Christmas, yet. Surely the floodgates would have opened in the new year? Wrong.

January, February and March had been and gone and there was still nothing going in for Coro and he had tried in La Liga, the Copa del Rey and the UEFA Cup (the old Europa League for those of you that don’t know, although that would worry me if you didn’t know what the UEFA Cup was) yet he was still not able to break his 2006 duck. Along came April and Coro finally found his shooting boots which he must have lost after night on the town on Christmas Eve, nevertheless, he was back in business. The Copa del Rey final was a month before the season ended which didn’t make much sense and one can only assume it was that way because it was a World Cup year, but it fell perfectly for King Coro as he scored the fourth in Espanyol’s demolition of Zaragoza which meant for the second successive year, Espanyol would be playing European football.

I’m going to swerve the UEFA Cup campaign for 05/06 as he only started once and didn’t do a fat lot so we’ll focus on what happened in the league after they were crowned Copa del Rey champions for the fourth time in their history. The game directly after the final smacks of a cup final hangover if I’ve ever seen one as Valencia battered them 4-0 meaning they were fighting for their La Liga lives. A little bit of the pressure was relieved after they beat Real Betis at home the following week but then the failure to win any of the next three meant it went down to the final day.

With 78 minutes gone on the final day of the La Liga season, Deportivo Alaves had just gone 1-0 up meaning that Espanyol were going down to the Segunda unless they could salvage something. Their game with Real Sociedad was drawing to a close and they needed a hero. They needed a Coro. A King Coro. In the 89th minute of the game he came up with the goods for only his third league goal of the season, but this was priceless. As I’ve said, without it, they were down and the Segunda is a vile league to get out of on the best of days, let alone juggling a European campaign with the race for promotion as well. So Coro had earned King status. For me, he had, anyway.

In complete contrast to the UEFA Cup campaign of the 05/06 season, this time around it was very much a highlight for Coro and Espanyol. As a side, they were cruelly beaten on penalties by Sevilla in the final and as for Coro, the final would have been especially hard to swallow as he was left on the bench despite all he had done on the run to the final. In the group stages, he netted at home to Zulte Waregem and away at Ajax in what was a very impressive 2-0 win away in Amsterdam.

In the second round he scored in the second leg at home to Livorno, however, he was only given five minutes over the next round as Espanyol saw off Maccabi Haifa. He was also ignored against Benfica as he was only given nineteen minutes out of 180, but in the semi-final, he left the manager no choice. He was brought on for the last six minutes of the first leg against Werder Bremen and even though he wasn’t on the pitch long, he scored the third putting them out of sight. Coro was rewarded with a starting berth in the return leg in Germany and again, he scored, this time it was the equaliser to make it 1-1 which gave them the crucial away goal and meant they were all but through to the final. In that final, he was left out and they lost on penalties, as discussed. How’s that for justice? No one messes with Coro.

The league wasn’t as nearly as exciting as the previous one as they were secure around the middle of the table; Coro improved his goal tally again without particularly setting the world alight as he ended the season on four league goals. Two of those four goals were consolations, but the other two were of great value for Espanyol as one put them in the lead away at Osasuna in what ended up being a 2-0 victory and the other was the only goal in a mid-table clash with Real Sociedad. He likes scoring against them. After that game, he was seen singing “Can I play you every week” outside the away changing room. Allegedly.

Over the next few seasons, it was more of the same as he didn’t break the double-figure mark once for Espanyol and it was now Spurs manager, Pochettino, who had enough of him. He was fed up with his lack of contribution and sent him to Osasuna on loan where he scored the grand total of zero goals. The way I look at it is, Pochettino is now managing in the Champions League whilst Coro is in India, so who is the real winner? Coro!

He joined Girona on a permanent deal in the Segunda and immediately hit the ground running as he hit a brace in his third game to give Girona their first win of the season, it was Las Palmas who were on the end Coro’s wizardry. Girona heavily flirted with relegation which would have been an absolute disaster but Coro scored five in two games towards the back end of the season which meant they were safe for another year. In the end, he scored eighteen for them in the Segunda which outdoes what he did at Espanyol B by virtue of it being in a higher league. Coro was having none of it though and was fed up with fighting relegation so got on his bike to Elche.

I’ll wrap his affair with Spain up as nothing else really happens of note in La Liga; he helps Elche to the Segunda title in his first season there, scoring twelve in the process. He then gets a career-best five in La Liga in their opening campaign in Spain’s top flight but rolls a doughnut the following year with nothing scored in 34 appearances. It’s then of little surprise that Elche get rid of him and Coro sets off back to the Segunda with Mallorca but has even lost his touch Spain’s second tier as he scored one. One league goal in two seasons isn’t all that and Coro needed to rediscover his mojo.

Cyprus came calling as he signed for Doxa Katokoplas who are surprisingly not named after a Pokemon, he stayed there for a year, got fed up again, then off he went to India.

Leaving Europe was the best thing he could have done if you look at his record so far in the ISL. One can only think Pochettino was at his every game after he left Espanyol jeering his every touch and he seemingly can’t sneak off to India every game, hence King Coro’s return to form.

All things considered, if I was a betting man and luckily I am, I’d be backing Coro to score at least 15 goals this season. If he keeps up the rate he’s going, that’ll be done in no time.