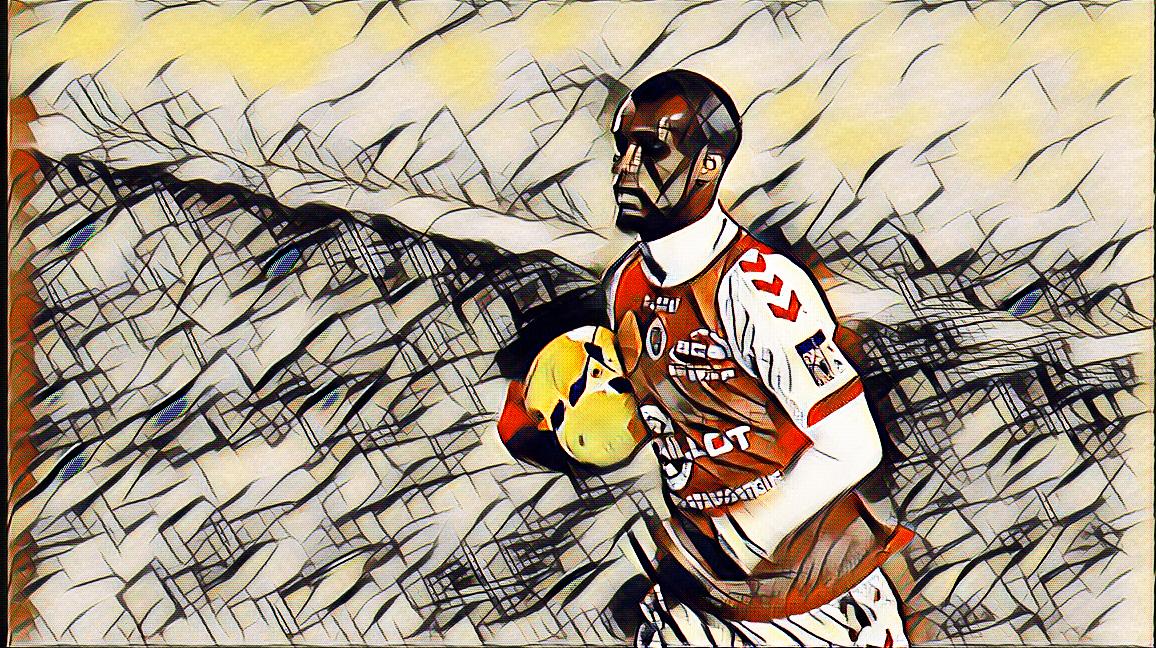 Today we are looking at an international right-winger who has scored in World Cup qualifiers and got the first in an impressive 2-0 win over Portugal. Any guesses? Ladies and gentlemen: Odair Junior Lopes Fortes. We’ll stick with Odair or Fortes for the length of this. The Cape Verdean utility man has represented his country just under thirty times and has scored against Portugal in what was arguably the country’s greatest hour, Tunisia, Liberia, Niger and most recently Sao Tome and Principe in an African Cup of Nations (AFCON) qualifier Cape Verde won 7-1. No messing.

So you now know a bit about Odair’s international history and I’ll be frank, there’s not much else to it, but what of his club football? What has taken him to India and NorthEast United? His career began with UJA Altfortville in the lower echelons of the French footballing pyramid and believe me, I’d love to tell you all about his exploits for them but Transfermarkt is greeting me with ‘no results found’ which is no use to anyone. Wikipedia (I know) tells me he was there 2006-2008 and he must have made a half decent impression as that is where this story begins, with Stade Reims.

His competitive debut for Reims came in a Ligue 2 game versus SCO Angers which they were on the wrong end of a 3-1 scoreline, ah well, the week after most of got better, right? Wrong; they were again victims of a 3-1 defeat, this time at the hands of Ajaccio and in front of their own fans. Not the best of starts to the season for Fortes or Reims. Luckily, the week after was much productive as Reims got a highly credible 2-0 win away at Guingamp. The only issue for that in this story is that Fortes was an unused substitute, again though, much like the see-saw his early career was, he was involved the week after.

Unfortunately a pattern was seemingly occurring as they got mullered by Montpellier 4-0; believe it or not, he had to actually wait until the 13th match of the season to taste victory as an actual ‘player’. We’ll fast forward the rest of this season as it didn’t go well and they ended up getting relegated to France’s third division.

This is where the story gets a bit lost as Transfermarkt doesn’t cover that far down, but luckily, because I am a resourceful guy, I’ve branched out and used Soccerway to find out that he played every game as they came straight back up to Ligue 2, scoring seven goals in the process. To this day that is still Fortes’ most productive season in front of goal and now he had made himself an integral part of the starting eleven.

The season after, 10/11, is where Fortes really made his impression as he scored five and assisted five throughout the course of the campaign, alongside that he also managed to get himself booked eight times and got the mandatory red card, as well. That was just the league; in the Coupe de la Ligue it was another early exit, however, they made it a round further this time round before being dispatched on penalties by Le Havre.

In the Coupe de France, Reims and Fortes actually did rather well as they made it all the way to the Quarter Finals where Fortes got the equaliser in normal time to make the game 2-2, it was short lived though as they were cruelly knocked out in extra time. The good thing about the 10/11 season is that Fortes was playing much more than what we saw in his breakthrough season for Reims so was clearly making his mark on the side. What did the next few seasons have in store before he decided to move to India? Let’s find out.

The season started well for Fortes as Reims began the season by winning five out of their first six games which was also complemented with what was becoming the normal early exit from the Coupe de la Ligue, this time at the hand of Nantes. After the twelfth game against Le Mans which Fortes scored their only goal of the game in a 1-1 draw, Reims were sitting pretty at the top of the table.

This is where the story hits a bit of a grey area as our favourite Cape Verdean isn’t involved in the squad for the next ten games. Transfermarkt hasn’t got any injury info at all on Fortes and the first injury news that Soccerway has got is from September 2012 which is a year before this spell of ten games out.

So, where exactly was he? I suppose the most probable theory is that he as injured and Soccerway just doesn’t have data that stretches that far back, however, I am not a fan of probable theories as they somewhat bore me so let’s speculate on what else could have happened to Fortes from October until February! Bloody hell that’s a long time.

Now before anyone starts, I’m not claiming that any of these things actually happened so you can put your lawsuits down because I’m not interested. Right, back on point. His first game back in the side was a top of the table clash with Bastia as Reims had fallen off top spot just after Fortes got injured and failed to return to the summit so this was the perfect opportunity as he was eased back in the side after his time out of the side. His introduction was not enough, though, as Bastia won the game 1-0 and strengthened their grip on top spot. It was much the same for the rest of the season as Fortes & Co only went back top once for the remainder of the season, however, all was not lost as they finished runners-up and they were back in Ligue 1 for the first time in 33 years.

He made himself known in his first season in Ligue 1 as he scored and assisted thrice throughout the course of the season and his best game came against FC Lorient as he scored one and set the other up in a battling draw away from home that could have been so much more if the home side didn’t equalise late on. It was a season which was hampered by injury for Fortes as he suffered from a groin strain which kept him out for two months and then a sprained ankle which ruled him out for the run in at the end of the season as Reims achieved their objective of surviving.

We are now up to the 13/14 season, are you still with me? Good. This one was an by far Fortes’ best season to date; I’m aware what I said about his season in France’s division three, but, this is a completely different kettle of fish as he was coming up against the likes of PSG and Marseille as opposed to Ragarse Rovers and maybe it was because of the better opposition that he thrived in this season.

The particular stand out moment of the season would have been when he got the winner away at Lyon early in the season as Reims picked up a number of impressive away wins throughout the course of the campaign. In two other wins away from home at Lille and Guingamp respectively, Fortes opened the scoring for Reims and they ended up finishing ninth which could have been better if it wasn’t for a sloppy final day defeat at home to Rennes.

Next season was one of those seasons where Fortes no doubt looks back on and wonders what actually went wrong after it started so well. In the first seven games that Fortes played in he contributed with seven assists from his favoured right wing position but after that, not a lot really happened. He scored in the last game before Christmas after coming off the bench to put them in the lead away at Rennes, the goal being a Christmas cracker of a long free-kick as well, but after that, it all goes a bit tits up.

He drifted in and out the team in 2015 as he was used as more of a square peg in round holes as opposed to his preferred role within the side; that was when his Reims career started petering out. Throughout the second half of the season he didn’t score, didn’t assist, didn’t really do anything if I’m brutally honest, but, Reims won two out of their last three and preserved their Ligue 1 status for another year.

The 15/16 season is what we in the industry call a big, fat, injury sandwich. When I say we, I do, of course, mean me and me only and when I say industry, I have no idea what I mean. ISL industry? Yeah, we’ll go with that. Fortes’ campaign started in the worst possible way as he was ruled out for the first cluster of games with a thigh muscle strain and by the time he was match fit, Reims were sitting fifth in the table so it was difficult for the manager to advocate bringing him back in.

What followed were bit-part performances here and there before a knee injury ruled him out for the rest of the season and I don’t think it’s a coincidence that Reims were relegated back to Ligue 2 the very season that Fortes couldn’t play for the majority of it.

Last season, 16/17, wasn’t a very good one either. He flirted between Reims first and second team throughout the course of the season but still only managed nine games all season and in the end, he was released in July 2017 and his nine-year affair with Reims was over. I’m not entirely sure how or why he ended up in India with NorthEast United after playing all of his life in France, maybe DGSE have put him on a mission in India for some reason, who knows?

His career at NorthEast hasn’t exactly got off to the best of starts as they drew one and lost one without scoring with him in the side and then when he was dropped to the bench, they picked up an impressive 2-0 win away at Delhi Dynamos. So, all things considered, if I was a betting man and luckily I am, I’d be backing Fortes to get all of the following this season, in no particular order: goal, assist, yellow card, red card.