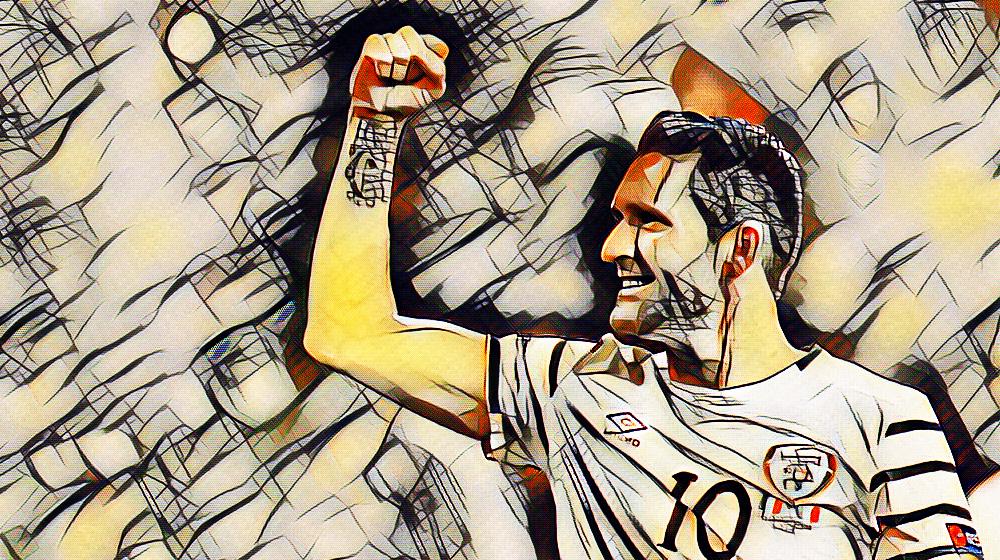 Robbie Keane is a player that has been knocking about for 20 years now professionally, a feat which is nothing short of remarkable and he has scored goals wherever he has been; his latest excursion takes him to the Indian Super League where he will undoubtedly be looking to expand his winner’s medal collection after a successful stint in the MLS with LA Galaxy.

Goals you say? How many and who for you ask? Luckily, I am prepared!  Here is a list of the clubs he has played for and how many goals he has got for each. He also managed 68 for Ireland, not too bad, not too bad at all.

Firstly, let’s talk about his debut which came at Carrow Road in the 97/98 season for Wolves. It was the opening day of the season and Wolves decided to start with an Irish kid up front and he duly justified the manager’s decision as he bagged a brace, leaving the Wolves fans in awe at what a gem they had on their hands. He would go on to score 11 goals in his opening season and win a place in the First Division PFA team of the year. Not a bad start at all.

Personally speaking, I was lucky enough to see Keane when he was still wet behind the ears at Wolves and he gave me a memory that will live with me forever. I didn’t see him (as far as I can remember) in his debut season, but I was fortunate enough to see him in his second and last season in the Old Gold & Black. I was only a kid but I remember two things vividly about Wolves vs Stockport which was in August ’98, one was Fernando Gomez’ volley nearly breaking the net and the other was Robbie Keane putting his thumb up to me. To this day, I have no idea how it happened, why it happened, or even if he was putting up to me, but it’s my memory and nobody can trample on that. Since that day, I vowed to follow Keane’s career and here we are today, nineteen years later.

He improved his tally of goals in fewer games in the 98/99 season, scoring 16 in 39 in comparison to the 11 in 45 he got the season before. However, with these two good seasons, it was only inevitable that a Premier League club was going to come calling and that side came in the form of Coventry City who paid £6,000,000 for him, a record at that point for a British or Irish teenager. He maintained the same performance level he had found at Wolves, netting 12 for Coventry in his debut Premier League season.

This is where it goes a bit a sour for Keane. Inter Milan paid Coventry more than double what they paid for him after his exploits in the Premier League which clearly gave the Italian side the indication that the Irishman really could do it on the biggest stage, but, after a managerial change, he found himself leaving behind the glitz and glamour of Milan after only a handful of games and joining Leeds on loan.

Keane’s time at Leeds was steady as opposed to spectacular, there were times when he set the world alight and there were times when it looked like he couldn’t hit a cows arse with a banjo. He scored 9 in his first twenty which anyone would be proud of, but then his next nine goals took a further 33 games and with Leeds in financial turmoil, it was once again time for Keane to find a new home.

That home came in the shape of Tottenham Hotspur’s White Hart Lane and it would be somewhere that Keane would spend many happy years and hit double figures season after season after season. It was then that a bigger club came knocking once more, this time it was Liverpool. He was meant to be Benitez’ perfect partner for Fernando Torres as they planned a domestic and European assault. Let’s just say it didn’t quite work out the way he would have hoped because later on that same season, Tottenham had bought him back for £7,000,000 less than they sold him for. Well played, Mr Levy.

He played out the rest of the 08/09 season for Spurs and the front end of the 09/10 campaign before he found himself behind Jermain Defoe and Pavlyuchenko in the pecking order, meaning he was once again seeking pastures new. This time, he ended up in Scotland and at Celtic Park on loan where he became a figure that was adored in a very short space of time, before returning to Spurs. Then he went to West Ham on loan. Then he came back. Then he left again. This time for good.

Off he jetted to the States with the idea firmly in his head that he would make a mark out there for LA Galaxy and I think its fair to say he did just that. He netted 105 goals in 170 games whilst playing for them and won more honours over there than you can count. He was part of an LA Galaxy team that really did dominate soccer (christ, I hated typing that) for the best part of a decade.

Moving club football to one side, his international record for the Republic of Ireland is incredible, after retiring in 2016, he finished on 68 goals from 146 games meaning he is joint 17th on the list of International goals scored. He played in two major tournaments, making waves at the World Cup in 2002 when Ireland were cruelly beaten on penalties by Spain and also was part of their 23 man squad at Euro 2016.

So now, it is time for him to embark on a new journey for ATK and if I was a betting man, which luckily I am, I’d be backing Keane to net on his debut when he returns from injury.