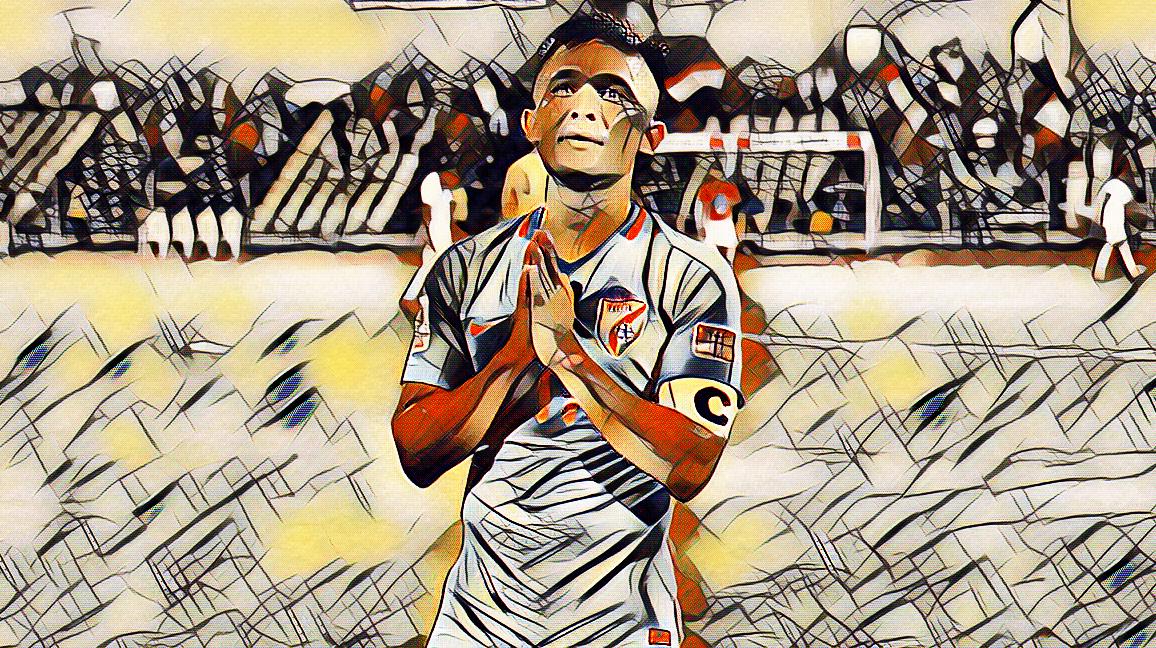 Sunil Chhetri. The man, the myth, the legend. Yeah, I had no idea either until I started doing some research. Now that I’ve done a bit of research on him, it is clear why he is adored by the Indian public. Not only is he India’s top goalscorer on the national side of things, he is also banging them in regularly for his club side, Bengaluru.

Normally on these profiles, I give you an insight on the player in questions past and how they have arrived at where they are now, but I’m not going to do it exactly like that this time because Sunil Chhetri is a player whose journey is most different.

If we begin with the here and now, Chhetri’s team, Bengaluru came up against FC Goa last night in what was a pulsating tie that Chhetri, unfortunately, came out on the losing side of as Goa came away with the spoils in a seven-goal thriller that ended 4-3. They didn’t help themselves though as they were reduced to ten men in only the 36th minute with the game finely poised at 2-1 to Goa.

After the game he posted on Twitter: “To the fans who made it to the stands, we heard you all night, gave our all but fell short. We will learn and go again and again.” He has amassed 971,000 followers on the social media site which, to give it some context is more than some Premier League sides have got in England. Incredible.#

Why has he got that many followers though? Well, it has a lot to do with what I mentioned earlier. He has scored 56 goals for his country which puts him 33rd on the all-time International goal-scorer charts, sandwiched between Landon Donovan and Romario. The difference he has to those two players is that Chhetri is still going strong and with fifteen more goals he will breach the top ten. Impossible? No. Achievable? Of course.

Chhetri has been all over the place with football as he has tried to break the stigma around Indian football players, especially in Great Britain. Whilst there is a severe lack of footballers with an Indian background in the English divisions, it wasn’t for lack of trying in Chhetri’s case. Let me tell you more. Firstly, he was linked to the ‘mighty’ Leeds United in around about 2008 where Chhetri himself said he was ‘close to getting there’ but nothing ever materialised.

In January of the following year, he arrived at the Coventry City’s Ricoh Arena for a trial but it was short-lived and he was deemed not up to the job by the coaching staff. Later on that year it was thought Celtic were sniffing round him with a view to taking him on board, but again, similar to the Leeds situation, nothing ever came of it. However, months later, there was a breakthrough.

QPR decided to take a chance on the prolific frontman and he put pen to paper on a three-year deal which would see him become the first Indian player to play in the second tier of English football. Now, you’re probably wondering why you don’t recognise him if he played in the Championship, aren’t you? Well, the reason why you don’t is because of the British Government. No, he isn’t a spy. They denied him a visa on the basis that India weren’t ranked in the top 70 FIFA rankings. Wounder.

Since then he has played in America for Kansa City Wizards, albeit very briefly and in Portugal for Sporting Lisbon’s B team, again rather briefly. So he has tried to achieve outside of India but has not quite been handed the opportunity he was after, but now, he is back doing what he does best, banging goals in for fun.

He has scored 50 times for Bengaluru since 2013 and that was with a year off to play for Mumbai! In his spell at Mumbai, he netted seven goals in eleven games but it now seems like he has found his home in Bengaluru and will be hoping to lead them to glory in their debut ISL season.

Closing off now, just to show how much he is loved in India, it was reported as quite a big deal in the media the other day that Chhetri will marry at the beginning of December. So, bearing that in mind, maybe football will catch cricket up as the lead sport in India. Maybe one day.

If I was a betting man and luckily I am, I’d be backing Chhetri to score at least two match-winning goals in the ISL this season.