Football is a bizarre sport where individuality transcends boundaries and cultures. Here what matters is the sheer quality and passion for the game. It is something that creates the game the global phenomena that we see today.

In contemporary football, it is highly unlikely that we fail to notice talents. However, back in the 80s and 90s, football was not the same as it is today. With this disadvantage, many young and promising talents failed to make it into the centre stage of football. Despite these limitations, some exceptional names still managed to impress fans with their natural potential. One such player in particular, who needs little introduction in India is I M Vijayan. 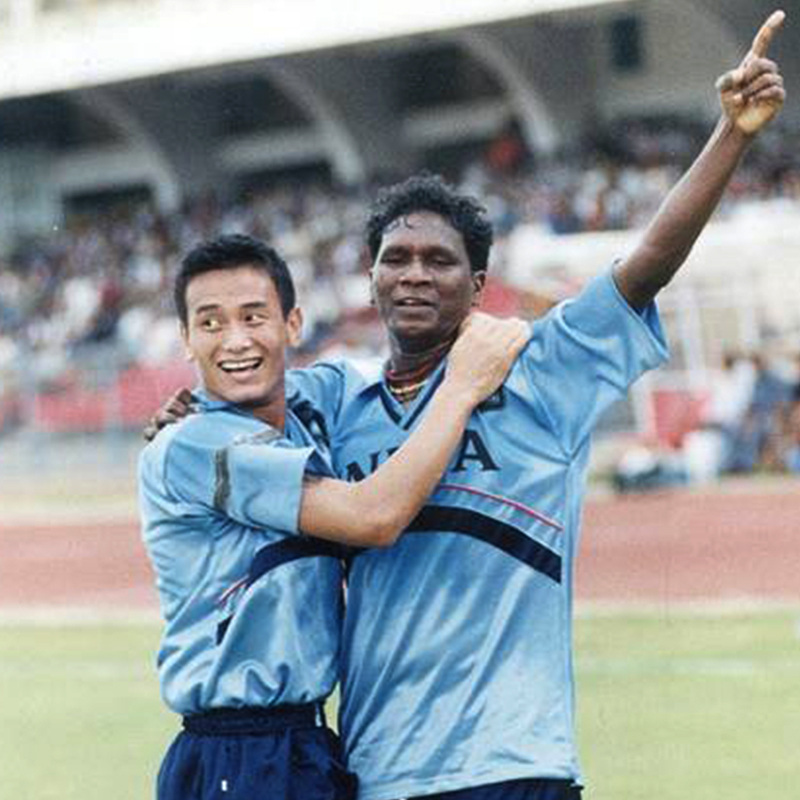 The Black Pearl of Indian football, Inivalappil Mani Vijayan is widely regarded as one of the greatest footballers India has ever produced in recent memory. Known for his attacking instinct and deadly combination with ‘Sikkimese Sniper’ Bhaichung Bhutia, Vijayan was a true revelation for Indian Football in the 90s. A complete striker, he was gifted with an excellent physique and natural ability to outshine his opponents. His excellent awareness of the game, great ball-playing quality are only a few of those many qualities he possessed.

Vijayan played a major role in the 90s and early 2000s. However, his journey to the game is far humbler and interesting than any other. Vijayan was born into poverty in 1969. Despite this, it was at a time when Indian football was going through an era of revival. During his childhood, he used to sell soda bottles and cigarettes in Thrissur Municipal Stadium to watch matches and to add to his family’s income. Vijayan later recollected in an interview about how his mother has to collect and sell scrap to look after the family.

Despite these hardships, his passion for the game was sublime. Soon his pure talent started to gain more followers and then DGP of Kerala, M.K. Joseph invited him to the Kerala Police football club at the age of 17. Since he had not turned 18 and still not a serving member of the Police, he had to wait almost 6 more months before lacing up his boots for the Police. It was a tough period for the youngster, as he had to distance himself from the seven-a-side tournaments (7’s football) in Kerala, which normally brought in good money for him. However, it was a decision that changed his life forever.

With the legendary police side of the 1990s, Vijayan achieved quick success wherever he played. Vijayan’s performance at the Quilon Nationals 1987, earned him a place on the Indian National team. In the national camp, he was able to find a quick partnership with Bhutia and Joe Paul Ancheri. Together they went on to produce one of the most marvellous results ever achieved by an Indian national team. For India Vijayan made his debut in 1989 and continued to shoulder the country in several tournaments such as the Nehru Cup, FIFA World Qualifiers, SAFF Championship and SAFF Games. Meanwhile, he continued to play for Kerala Police until 1991, before joining Kolkata heavyweights Mohun Bagan. On the international stage, Vijayan was a deadly striker with an effective partnership with Butia on the other side.

In club football, he moved between clubs and in 1994 joined JCT Mills Fagwara, and stayed with them until 1997. Following this, he has a brief stint at FC Kochin before returning to East Bengal in 2001. He also had a brief time at Churchill Brothers S.C. During this period, he received several offers from foreign clubs but insisted upon staying in India.

After retirement, Vijayan still plays occasionally with youngsters in charity games and Futsal tournaments. In the meantime, in 2003 he was bestowed with the Arjuna Award. Interestingly, Vijayan also had won the AIFF Player of the Year award three times during the years 1993, 1997 and 1999 respectively. The Ministry of Youth Affairs and Sports, Government of India also appointed him as the National Observer for Football in the year 2017. To bolster football in the country, Vijayan has also set up a school in his hometown, Thrissur. Lately, in 2021, he was again tasked with the role of the director of Kerala Police Football Academy, in Malappuram. 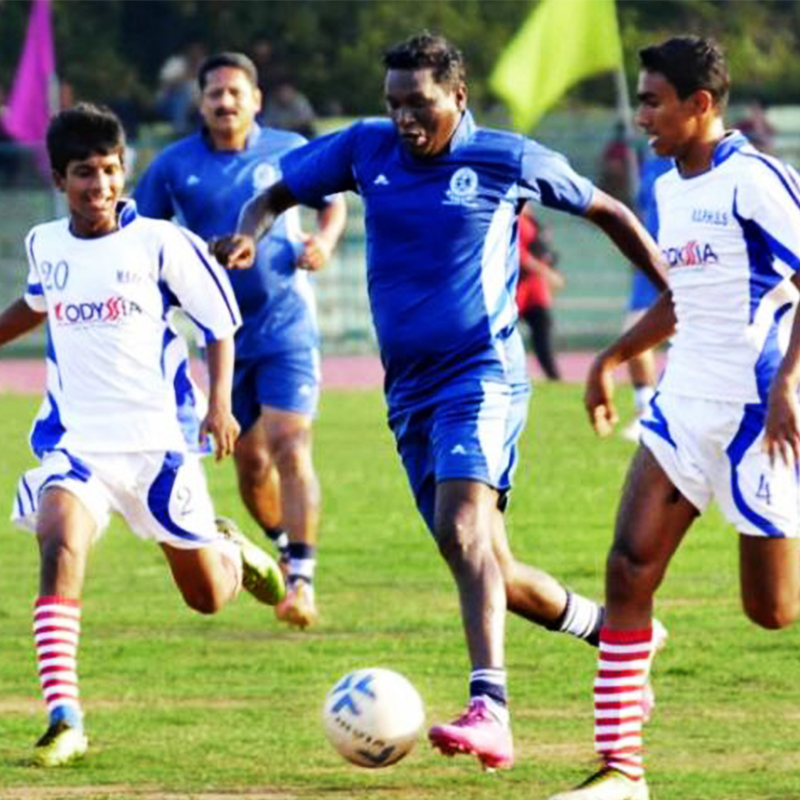 Furthermore, outside football Vijayan also managed a successful career in acting. In 2021, the movie ‘Mmmmm’, starring Vijayan in the lead role was, shortlisted as one of India’s official entry for the Oscars.

I am a postgraduate in journalism who happened to have a passion for writing. I worked for print and TV Journalism and currently doing freelance jobs. For me, football is a fresh breath of air and possibly be the only reason I looked forward to every weekend. What I do love most about football is the incalculable nature of the game as a whole.

Why India Refused to Play in the World Cup