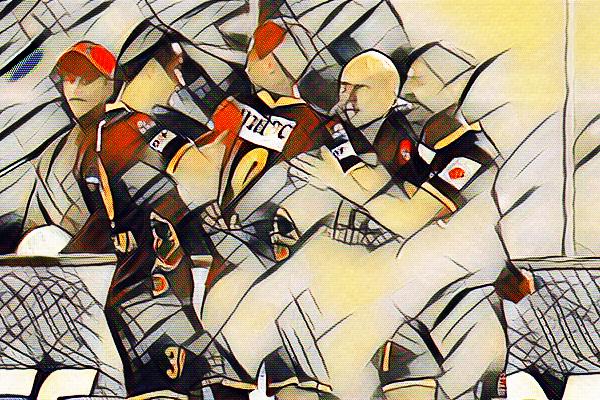 Iain Hume is this week’s ISL player of the week!

The Kerala Blasters and their Manager David James have had the dream week and start to 2018. A home draw against Pune was followed by two away wins against Delhi and Mumbai which saw them jump into sixth place in the ISL and throw their name into the hat for the top four.

The week started with a tricky looking trip to bottom side Delhi.

Iain Hume opened the scoring for the Blasters with a somewhat fortunate goal. A ball fired across the box was deflected into the path of a sliding Hume, which the striker gratefully let hit him to guide it into an empty net. This goal was cancelled out before the break by a free header from Dynamos skipper Pritam Kotal.

The second half is where the Canadian Hume showed his class. His second was the pick of the bunch, picking up the ball in the left-hand corner. Hume cut inside and unleashed an unstoppable low curling effort into the far corner, giving any keeper no chance.

Hume, well known for his time at Leicester and Preston in particular, sealed the game in the last 10 minutes with a delightful chip after being sent through on goal, a finish which secured his hat-trick.

Another match in quick succession handed the Blasters another difficult trip, this time to top five challengers Mumbai.

For the second time in a week, it was the Hume show. The forward picking up the ISL Hero of the Match award for the second game running.

But the defining moment of the game was Hume’s fourth goal this week. The Blasters won a free kick which was taken quickly but 10 yards from where the foul actually occurred. The free-kick sent Hume through and he applied the finishing touch with an outside foot finish, much to the anger of the Mumbai team who charged at the referee.

The goal stood and the Blasters charge upwards continues.

Hume and the Blasters

The striker’s four goals this week were his first in this year’s ISL. Iain Hume first joined Kerala in the inaugural season of the Super League and went on to score five in 16 appearances, a record he will surely beat this time around.

Three years have passed since then and despite stops at clubs like Tranmere and rivals ATK, Hume found himself back at the Blasters for the 2017 season.

It was at ATK where Hume enjoyed his most prolific ISL season, scoring 11 and 7 goals in his two seasons. Hume also finished in the ISL Team of the Year in 2016, a year where ATK were crowned champions.