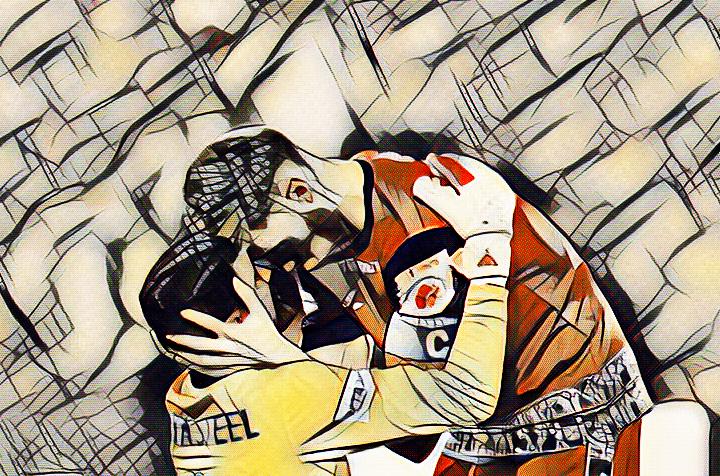 Welcome back to another edition of our Player of the Week!

The trend of our award seems to be working backwards, starting with attacking aces then moving to a midfield maestro.

But, we take a step all the way back to a familiar face in the Indian sporting scene, the brick wall, goalkeeper Subrata Paul. The Jamshedpur keeper was in outstanding form to earn his side a 2-1 victory away at Mumbai City in the week.

The win was Jamshedpur’s fourth in five outings, and saw them move into the top four.

They took the lead in bizarre fashion when a shot was deflected goal-bound. Mumbai defender Sanju Pradhan attempted to clear off the line, only for him to hit the roof of the net and give the away side a vital one goal lead.

Steve Coppell’s men are very hard to break down this season, having the best defensive record so far of any team.

Against a formidable defence, Mumbai drew level, although through a huge slice of luck for Everton Santos. A corner whipped in to the near post was punched clear by Paul but the ball deflected off Santos in to an empty net. This was the only way the Jamshedpur net was being breached on a night where Paul took centre stage.

Subrata Paul’s heroics were rewarded four minutes from time when his side scored the winning goal. If the first two weren’t pretty then the third goal of game followed a similar route. Amrinder Singh made what looked like a pivotal save to earn his side a point, only for the rebound to fall straight to Bikash Jairu, who gobbled up his chance easily to give the away side all three points.

So Good We Couldn’t Pick One

We were going to add a save of the match for Paul’s game-winning antics but we couldn’t choose just one.

The first save we want to highlight is from a Blatant Singh header, the ball was fired across the box to Singh who powerfully glanced a header towards the top left hand corner. Subrata Paul took one step to his left and flew across the goal to tip a great effort wide.

And as for the second, possibly the best save of the night. Everton Santos, the stand out Mumbai player on the night hit a sweet low driven half volley which looked destined for the bottom corner. Paul had other ideas as he got the faintest of touches to tip the ball delightfully on to the post.

A goalkeeper’s job isn’t always the most documented or prettiest, but Subrata Paul deservedly picks up our fourth Player of the Week award with ease.