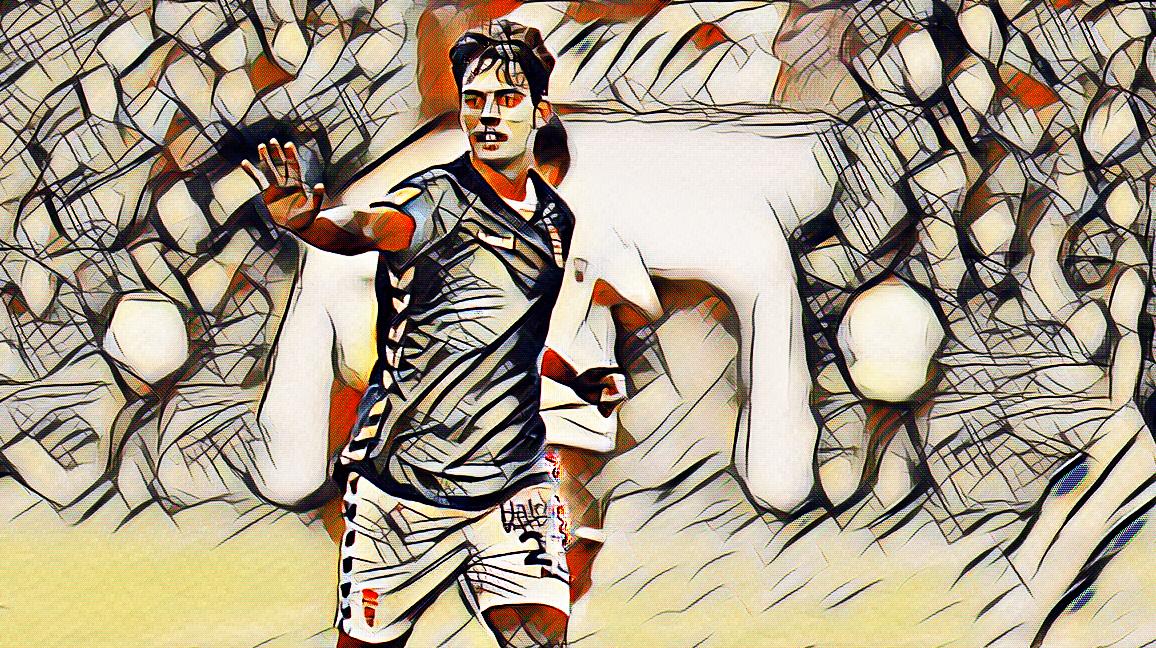 FC Goa’s Edu Bedia isn’t exactly a well-known name by any stretch of the imagination but, hey, that’s what these articles are here for, to give you an insight into the unknown. Bedia’s full name is Eduardo ‘Edu’ Bedia Peláez but you’re going to struggle to get on that back of a shirt, so we’ll stick with Bedia for now. Some of you may be wondering if its the same player that made over 100 appearances for Arsenal, especially with the ISL’s reputation of attracting players at the back end of their career, well wonder no more, as I can confirm its not him as he’s in fact general co-ordinator of the Brazil side according to Wiki, so believe what you will. That’s a story for another day.

Whilst he may not have over 100 appearances for Arsenal, he does still arrive at FC Goa with some pedigree that is difficult to rival. He was developed and nurtured through Racing Santander’s academy which he joined when he was only 10 and came up through the ranks, playing for the B side to begin with and then turning out 34 times in La Liga for Santander. Part way through his tenure at Santander he had an unsuccessful loan spell with UD Salamanca which ended up in them getting relegated, so we’ll brush past that bit.

It was only when he left Santander that he truly found his form as he managed to get a solid run of games over the course of a season, albeit in the league below La Liga. In the 12-13 season, he played in the middle of the park for Hercules CF, contributing five goals in the process and those goals ended up in playing an integral part of Hercules stopping in the Segunda as they survived only three points and one place above the drop.

Barcelona came calling next and when they come calling, you don’t say no. He played all but three games in a Barca side which finished third in Spain’s second tier and his goal tally improved yet again, this time he was up to seven. However, when the season finished he had a dilemma, did he stay and try and break into Barcelona’s first team where he would have been up against Xavi and Iniesta to name just two or did he look for another club, yet again? He went for the latter.

Instead of petering out in the Segunda Division, Bedia decided enough was enough and stuck his neck out and made a bold decision to leave Spain for the first time in his career. From Spain to Germany and to the Allianz Arena of all places, before you ask, no he didn’t decide to try and break into Bayern Munich’s team as opposed to Barca’s, he joined 1860 Munich, but unfortunately, this isn’t a happy point in the story of his past endeavours; Bedia spent most of his time in Germany on the treatment table, so after a season, he again decided to move. Back to Spain he went.

The last two seasons he has been at Real Oviedo and then Real Zaragoza, both in the Segunda. There’s not a great deal to shout about or in fact write about in that time frame, so I’m not going to waste your time. He’ll be hoping that this new challenge at FC Goa will reignite his form that he found as a lynchpin of the Barcelona B side that finished third in the Segunda Division as I genuinely believe there is a good player there, it seems like he is struggling to settle anywhere after leaving what would have no doubt been his second home at Racing Santander.

Bedia is a very technically gifted player who should be able to boss the midfield in the ISL and also chip in with a few goals at the same time. He has got the versatility to play behind the striker as well, so it should be a real opportunity for him to impress those watching on and who knows what may follow a good season in the ISL? Maybe Barcelona will come calling after all. If I was a betting man, which luckily I am, I’d be backing Bedia to score more this season than he has in the past three seasons put together. Shouldn’t be too much of an ask, mind, he’s only scored one in the last three seasons!